Sleeping Less Than Six Hours A Day Is Related To Dementia 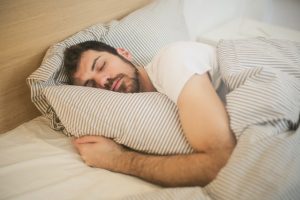 Nothing better than getting home after a tiring day, taking a shower and sleeping . Healthy sleep is extremely important to recovering your body and preparing you for a new day. However, due to the hustle and bustle of everyday life, this is not always what happens.

Of course, we all know that lack of sleep has a big effect on our productivity the next day. And more seriously than an ailment, the relationship between poor sleep and dementia symptoms has been studied for years. However, there is still a lot that researchers do not know about how lack of sleep can contribute to cognitive decline in conditions such as Alzheimer’s disease.

One limitation faced by researchers is that several observational studies, which looked at sleep duration and dementia, have some relatively short follow-up windows. Or they only looked at older people at first, as dementia symptoms tend to run for decades and can start to show up much earlier in people’s lives.

Then a team led by epidemiologist Séverine Sabia of the University of Paris analyzed the data from Whitehall II, which is a continuous longitudinal study of the health of more than 10,000 British civil servants. They did this study to get a long-term analysis, examining how the sleep they get into old age can influence dementia outcomes.

The Whitehall II study began in 1985. Hence, it gives a comprehensive dataset spanning over three decades. This gives researchers plenty of evidence to look at to see if and how sleep duration and quality in midlife and onwards may be related to diagnoses of dementia.

An important point is that these studies are observational only. This means that the discovered link is only a correlation between short sleep and increased risk, not a random mechanism,

That is, researchers are not claiming that bad sleep causes dementia. They just point out that many people in the Whitehall II study who developed dementia later tended to sleep less than other participants who were less likely to develop the disease.

In this study, the duration of normal sleep was defined as seven hours per night. And eight or more hours of sleep was already defined as a long sleep. The short duration was six hours or less per night. And those who only consistently slept that amount per night had a higher risk of developing dementia at all ages.

While people who slept a normal amount of sleep showed a lower incidence of dementia. And there was no clear evidence of a link between sleep duration and dementia.

While the study relies on participant self-reported data, these findings help to strengthen researchers’ knowledge of the links between poor sleep and dementia. Even though the cause of these mechanisms is still puzzling and further research is needed.

“Since dementia results from changes in the brain, it’s not surprising that people with dementia often have disturbed sleep patterns. Perhaps it is simply a very early sign of the dementia to come, but it is also quite likely that poor sleep is not good for the brain and leaves it vulnerable to neurodegenerative diseases like Alzheimer’s disease,” concluded the psychiatrist and dementia researcher. Tom Dening of the University of Nottingham in the UK, who was not involved in the study.